An elderly deaf man died of cancer in April without knowing his diagnosis after three Long Island facilities failed to provide him and his deaf children with accommodations like sign language interpreters, a lawsuit alleges.

Lance Weinrib and his sister Melinda Weinrib claim in the federal lawsuit filed Wednesday in U.S. District Court in Central Islip that the family’s requests for qualified interpreters and services such as a video phone were routinely denied in the seven months Alfred Weinrib was treated, starting September 2012.

The services, required by law to accommodate persons with disabilities, were only provided after repeated demands, the suit claims.

The Weinribs and doctors struggled to communicate; at one facility, Weinrib wrapped a bell cord around his neck to get “the staff to pay attention to him and provide an interpreter,” the suit claims. 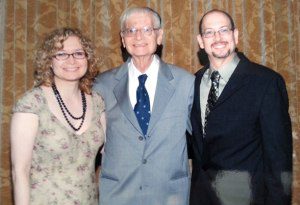 A printer, Weinrib, 82, of Queens, died of cardiac arrest and malignant melanoma.

The suit seeks a court order requiring that the facilities provide the interpreters, Baum said.

In an email, Good Samaritan spokeswoman Theresa Jacobellis said the hospital’s “policy is to offer sign language interpretation to communicate medical or clinical information to all hearing-impaired patients.”

Interpretation is available through “video service or live interpreters,” she said.

A Gurwin representative could not be reached.

They learned of his cancer from medical records they received about four months after his death, Baum said.

It was not clear when Weinrib was diagnosed with cancer.

Editor: Although the publication date of an article may not be current the information is still valid.

Top Hospitals Charging Patients up to 1,800% More for Services Than They Cost
SURGICAL STAPLER LAWSUITS
FDA Hides Information on Dangerous Devices From Patients and Doctors
[pmpro_levels]

Be the first to comment on "3 Long Island medical facilities didn’t communicate with deaf patient, family"